This post discusses the problems of polarisation in discussions around pornography, a theme that is covered in more depth in my book The Psychology of Sex.

Recently pornography has been in the news again with arguments that murders and other crimes can be linked to pornography (later amended in this article to ‘violent pornography’) and that access to pornography should be more tightly controlled. 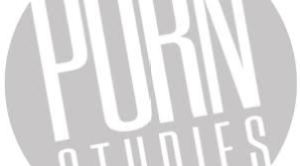 The arguments against the journal come from a combination of academics (mostly psychologists and feminist academics) who, themselves, research and write about pornography from the perspective that it causes harm. One group of academics petitioned Routledge, the publishers of Porn Studies, because they felt that the journal took a ‘pro-porn’ perspective and was therefore unbalanced. Generally this group are critical of pornography for perpetuating and reproducing the objectification and oppression of women through common representations of women’s bodies as objects for men’s sexual gratification and of sex where women are fairly passive and the focus is on men’s pleasure. The author of the Psychology Today article makes a similar argument about lack of balance, but with particular concerns around the potential individual harms of pornography such as addiction and negative impacts on the developing brains of young people viewing pornography.

Given that there have not yet been any issues of the new journal, these arguments were made on the basis of the members of the editorial board which, critics thought, were weighted in favour of those who were pro-pornography.

Moving Away From Polarisation

I have written previously about the tendency of debates in areas such as pornography to become polarised into ‘pro’ or ‘anti’ stances, and we see that happening here: academics position themselves as ‘anti’ pornography and assume that this journal must therefore be ‘pro’ pornography because of the lack of academics with whom they are familiar on the editorial board. The argument seems to be that if you are not for us you must be against us.

In contrast, I see the journal as doing something very important in moving beyond such polarisations and in attempting to bring together work about pornography from across all disciplines and from a variety of perspectives, thus refusing the idea that there are only two possible positions.

Pornography can be produced such that it is problematic in many ways, and it can be produced in deliberately ethical, queer, or feminist ways (although there is always the risk that such words are used as selling points and do not really filter down to how the people involved are actually treated). Pornography can serve to perpetuate or to challenge norms, of sex and gender for example. As lawyer Myles Jackman points out, context can mean that something which was not intended as pornographic becomes so (for example, if the scene from the 12-rated Casino Royal movie where Bond is tortured was cut out and edited together with similar scenes from other films), or that something that was pornographic ceases to be so (for example viral clips from porn movies which are circulated for shock or humour value rather than to produce any kind of sexual arousal).

A further point about being balanced in this area is that one would need to consider all potential effects of pornography, both negative and positive, as well as considering interesting and important questions about pornography beyond the effects that it has. For example: Are there cultural differences in porn type and consumption and what can we learn from these? What are the business models employed in mainstream (or other types of) pornography and are these similar to other businesses? What are the structural features of pornographic narratives and how do they operate? How do different audiences make sense of the pornography that they view?

Even if we consider the potential negative effects – or harms – of pornography, these are again multiple rather than singular. There is the potential harm of pornography causing criminal behaviour, violence towards women or other groups, or sexist attitudes. There is the potential individual harm that the Psychology Today author writes about, of people becoming addicted to pornography or it having adverse effects on relationships. And there are the possible cultural harms of pornography reproducing and perpetuating certain understandings of how sex, gender, and relationships work which limit and constrain individuals, communities and societies in problematic ways.

In relation to this latter point come a number of important and complicated questions about the role of pornography, and other forms of media, in reflecting and/or reinforcing certain problematic practices and dynamics. And, following on from this, where the energies of those who would like to see total gender equality, for example, or better understanding of the diversity of sexual identities and practices, would be best directed. Should we focus on pornography (and if so, which kinds), on more mainstream forms of media, on other aspects of society (such as education or government policy), or on all of these things?

It is important also, of course, to consider the possible positive effects of pornography, which include enabling people to figure out what they like sexually, providing sexual enjoyment, exposure to diverse bodies (naturally this depends on the type of porn which is viewed), and helping people to communicate about sex within relationships, amongst many other things. It is important both within academic work and beyond that we are aware of such positive aspects and to include the experiences of those who engage with pornography as viewers, readers, etc. as well as considering the pornographic materials themselves, and the ways in which these are produced and distributed.

I would also hope that the journal will represent a move away from polarised positions. The tendency to polarise gets in the way of constructive conversation, and may also result in people feeling backed into a corner such that they feel they need to be entirely ‘pro’ or ‘anti’ pornography in all its forms, rather than being able to do the important work – for example – of pointing out problematic representations and damaging practices and proposing more liberating, culturally valuable, or ethical alternatives.

My Role in the Journal

First I certainly do not believe that all pornography, or all internet pornography, is a purely positive thing. As a sex therapist I have worked with people who have struggled greatly with online pornography and their relationship to it, and there are many kinds of pornography that I personally (and politically) feel are part of the problematic cultural understandings which require the strongest kind of critical challenging. As a psychologist I know that the research on the potential harmful effects of pornography to date has been very unclear, with evidence both for and against pornography impacting negatively on attitudes and behaviours. And I also see that the study of pornography thus far has been dominated by such negative-effects research and feel that it is time to broaden the net so that people from across disciplines are working together to address all the different important and interesting questions about pornography.

As for the assumption that I would be ‘pro-porn’ because my research has focused on sexual communities, I am perplexed to say the least. To suggest that sexual and gender diversity is equivalent to being ‘pro-porn’ is incorrect and does a disservice to these communities. My work in these areas has helped me to recognise the range of experiences of sex and sexuality that are possible, and the ways in which understandings of sex and sexuality (put across in pornography and in many other forms of media) have the potential to constrain and to liberate, to worry and to relieve, to close down and to open up. I would hope that this position will be an asset in my role on the editorial board of Porn Studies as I will endeavour to challenge taken-for-granted understandings and to encourage writers to be aware of multiple possible perspectives, as well as seriously considering the real world ethical implications of both the materials which they are researching and their own writings on the topic.

There is a THE article about these issues here.

And an explanation from the editors of the journal here.

Meg-John Barker is the author of a number of popular books on sex, gender, and relationships, including Queer: A Graphic History, How To Understand Your Gender, Enjoy Sex (How, When, and IF You Want To), Rewriting the Rules, The Psychology of Sex, and The Secrets of Enduring Love. They have also written a number of books for scholars and counsellors on these topics, drawing on their own research and therapeutic practice.